This is mainly because these animals move in complex ways and have a unique gait with a special gait. Egan and his colleagues wanted to create a framework for creating more engaging content for both animated videos and video games by simplifying the creation of four-legged animations. 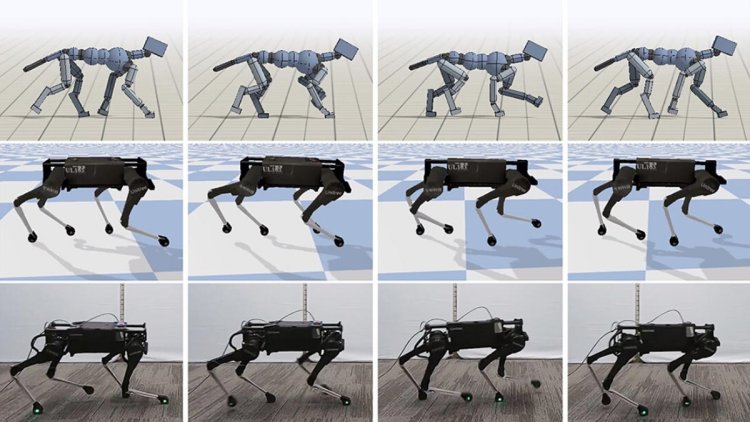 Researchers at Trinity College Dublin and the University of Bath have recently developed a  deep neural network-based model that may help  improve the quality of animations involving quadrupeds such as dogs. The framework they created was presented at the 2021 Motion, Interaction & Games (MIG) conference, an event where researchers present some of the latest technologies for creating high-quality animation and video games. Creating high-quality animations of dogs and other quadrupeds is not an easy task.

This is mainly because these animals move in complex ways and have a unique gait with a special gait. Egan and his colleagues wanted to create a framework for creating more engaging content for both animated videos and video games by simplifying the creation of four-legged animations.

"It's difficult to create animations that simulate the movement of a quadruped  using existing techniques like keyframing," said Egan. "That's why we thought it would be useful to develop a system that could automatically enhance the initial rough animations so that users don't have to manually create very realistic animations."

A recent study  by Egan and  colleagues builds on previous efforts to use deep learning to generate and predict human movements. To achieve similar results with quadrupeds, they used a number of motion-capture data sets representing the movements of  real dogs. This data was used to create several high quality realistic dog animations.

“We could automatically create a corresponding 'bad' animation with the same context for each of these animations, but at a reduced quality. " - Donal Egan, one of the researchers who conducted the study, reported TechXplore. “Then we trained a neural network to find the difference between this bad animation and the high-quality animation.”

After training on good and bad quality animation, the researcher's neural network learned how to improve the animation of the dog. The team's idea was that the initial animation could be created at runtime  using a variety of techniques, including keyframe techniques, which might not be very appealing.

"We showed that  neural networks can learn how to add  subtle details to make  quadruped animations more realistic," said Egan. “The practical value of our work is the applications  it can contain. For example, it can be used to speed up an animation pipeline. Some applications create animations using techniques such as traditional inverse kinematics that can create unrealistic animations. In these situations, our work can be included as a post-processing step.

Researchers evaluated the deep learning algorithm in a series of tests and found that they could significantly improve the quality of existing dog animations without changing the meaning or context of the animations. In the future, their models could be used to speed up and expedite the creation of animations for use in movies or video games. In the next study, Egan and  colleagues plan to further explore how dogs' movements can be reproduced digitally and graphically.

"Our group is interested in a wide range of topics including graphics, animation, machine learning, and avatars in virtual reality," said Egan. “We want to bring these realms together and develop a system that brings quadrupeds to virtual reality so that any gamer or actor can become a dog in virtual reality. The work discussed in this article can be part of this system and helps create realistic quadrupeds in VR.”